Khazana recently began selling yak milk soap. When I first saw the packages of soap among our displays, I guessed they would fly, snatched up by hipster skincare enthusiasts. Renowned by those on the cutting edge of the beauty industry for its high fat content (great for retaining moisture in dehydrated skin) yak soap is bound to be a great investment for those seeking to ready their outer layers for springtime hemlines. Also, “yak milk soap” sounds funny when you say it out loud. I was right; the bars are going quickly. Thus, I have taken it upon myself to introduce yak milk soap to my modest audience before Khazana sells out. When the bovid by-product trend blows up, don’t forget who told you about it first.

First off, the word, “yak,” which refers to male and female sexes is English, borrowed from Tibetan. In Tibetan, the word “yak” only refers to the male of the species. The females are called nak. While Nak and yak exist in the wild, the majority of them are a domesticated breed. For the record, the soap you’ll buy at Khazana will come from domestic yak. Wild ones can grow up to 2,000 pounds, making milking them a bit of a challenge.

The domesticated nak and yak are central to Tibetan culture, where farmers depend on their milk, fur, bones, and skin for hand-to-mouth livelihoods. An article in The Guardian reports that yak butter is burned in monasteries for light. Naks allow farmers to make money by selling milk, butter, and cheese. Yaks are used for transportation, and have long, thick hair that can be used to make garments perfect for mountain climates. And when the animals become too old, their meat and skin can be sold for liquid currency, allowing families to invest in other necessities.

Given the yak’s essential role to Tibetan farming cultures, the use of yak milk for luxury products, like soaps, can appear controversial. If developed countries enter Tibetan farming culture, and begin to extract the resource that has held it together for so long, farmers may not be able to maintain their traditional lifestyles. They may also be exploited by fast-paced business cultures that are uninterested in the financial well-being of their sources. Luckily for the ethically-minded fancy, Khazana’s yak milk products are sourced from companies that work to preserve the culture of traditional Tibetan farmers. Khazana customers can be certain that their soaps do not so much disturb the peace of traditional farming communities, as they help them to increase their production while retaining their heritage in an increasingly globalized world.

Yak milk soap: fun to say, good for your skin, and a conscientious choice. Let your showers reach their full potential, and buy your bar at Khazana today! 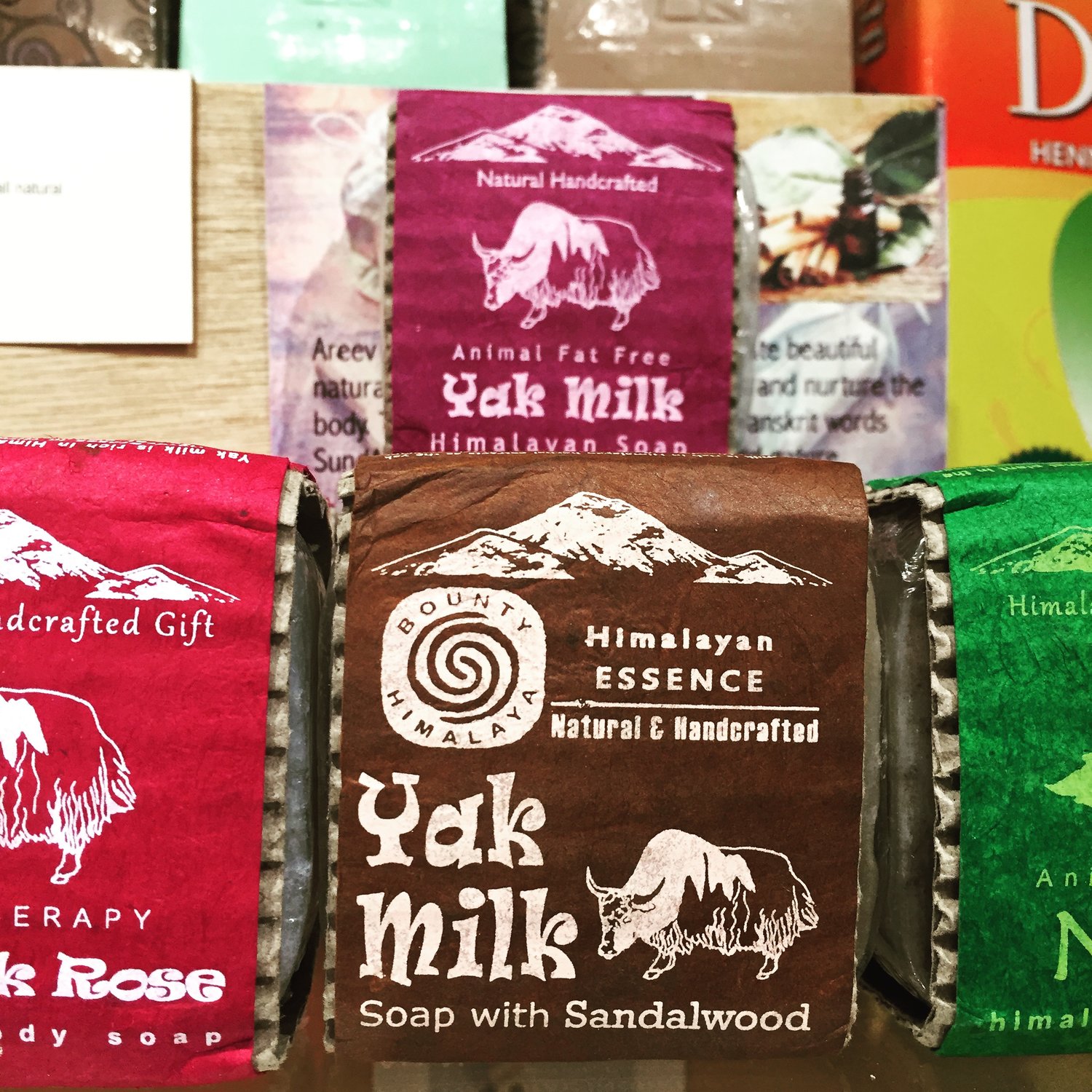