IKATS OF THE WORLD: INDONESIA! 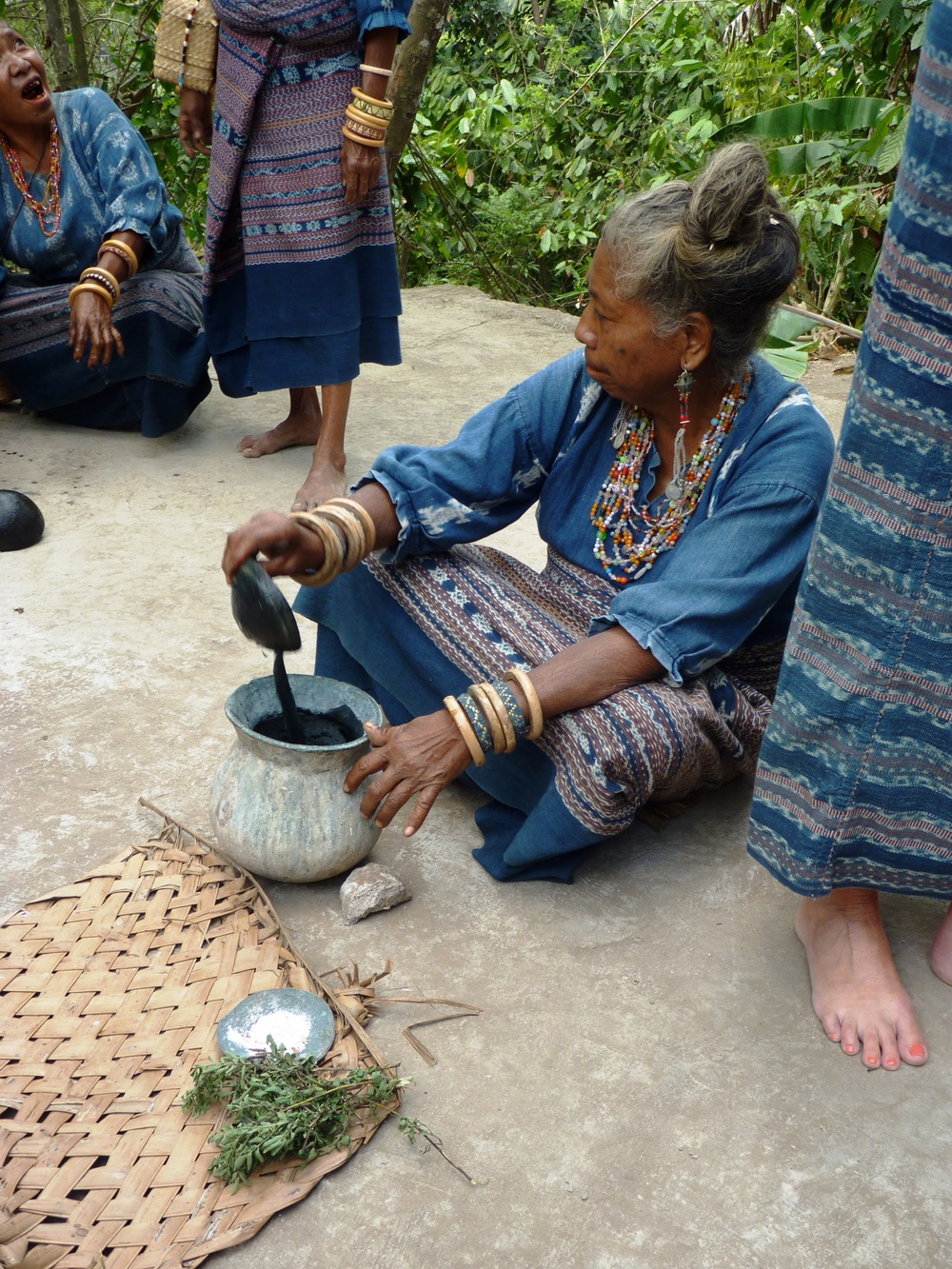 We are starting a new series, where we will explore a different part #alongtheikattrail each week. We begin in Indonesia!! Ikat essentially simultaneously, in several areas of the world; Indonesia, Japan, Uzbekistan, India, Guatemala and Cambodia. Although we are accustomed in modern times to seeing ikat on everything from coffee mugs to tank tops at Target, often people don’t realize what is actually involved in this incredible process. In ikat weaving (which is all handloom by the way!) the pattern must first be decided before the process even starts, The bundles of thread are then tied and dyed accordingly. The word “ikat” comes from the Malaysian word, “mengikat” which means to tie. After the threads are tied and dyed they are fed through the loom, as the warp and weft come together, the pattern appears. The level of skill this requires is truly incredible and it is something that is usually passed down from generation to generation. “Despite this complexity, the technique seems to have developed independently across many different cultures and continents since at least the Dark Ages. Some ikats emphasize precision, where it’s hard to tell that the ikat technique is used rather than a block printing. For more precise patterning, weavers typically use warp ikats, where they can see the pattern on the loom . With weft ikats, the pattern is less exact, because the design is not visible until already woven through. The ‘hazy’ look of many ikats (the technique is known as “abra”, or “cloud” in Central Asia) also comes from the dyes bleeding slightly into the resist areas. Within the cultures that produced them, ikats were typically status symbols because of the skill and time their production required.” Excerpt from an Apartment Therapy, full article here httpa//www.apartmenttherapy.com/warped-the-story-behind-ikat-r-105283:::http://www.apartmenttherapy.com/warped-the-story-behind-ikat-r-105283) Indonesia consists of many different islands, some of them have developed their own styles of ikat such as Bali and East Timor. While ikat is still done in many countries, only a few cities are still doing double ikat, which will have to be a whole separate post! Those cities in Indonesia are Aga, Bali and Tenganan, Bali. These double ikats were influenced by the Patan Patola of India ( more on that later!) In Indonesia, many people wear textiles as elaborate head wraps, traditional skirts and for ceremonial shawls. Puja or offerings are often given before the weaving begins. The imagery in ikats which are often called “fabric of life” are influenced by the natural world, birds, plants, trees and animals. We have created an album which included very old ikat pieces from Anju’s collection, as well as some from our fabulous friend Ally Matthan’s trip to Bali just last week, taken my her husband Rahul. Please enjoy, ask questions and send us your pictures and stories of Indonesian ikats! Another great photo essay on the making of ikat by the Victoria and Albert Museum in London: http://www.vam.ac.uk/content/articles/m/album-with-nested-carousel18/ A beautiful quote from ikat master Alphonsa Horeng via a Cloth Roads interview. “I had heard so much about how our great grandmothers used to make natural dyes from plants such as mango, mengkudu [noni], indigo and turmeric. So I thought, why not revive this knowledge? We can benefit from what we already have around us, and contribute to the environment at the same time.” Several of the photos below were taken by our friend Ally’s husband Rahul on their recent trip to Bali. 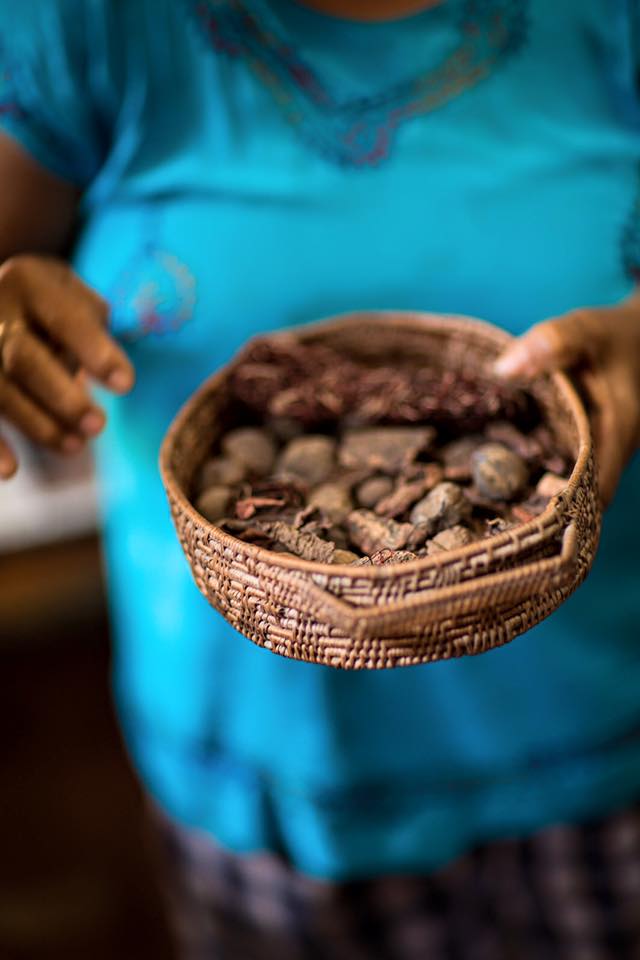 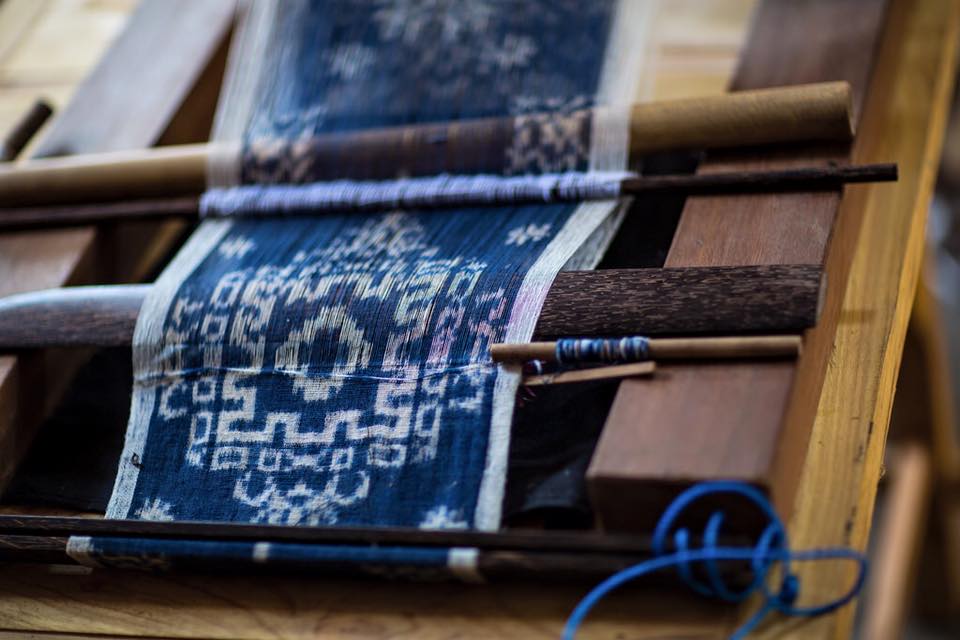 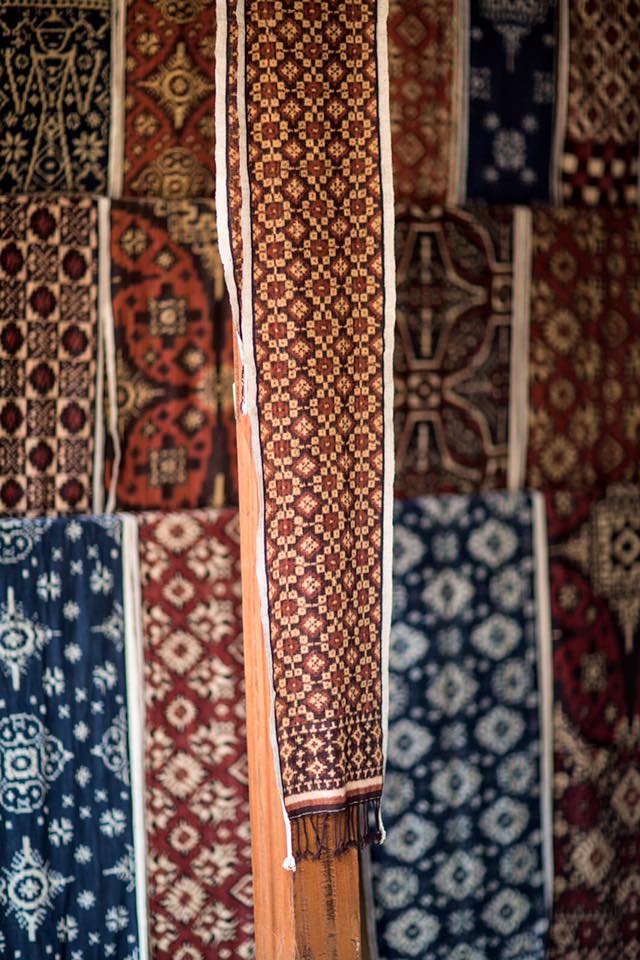 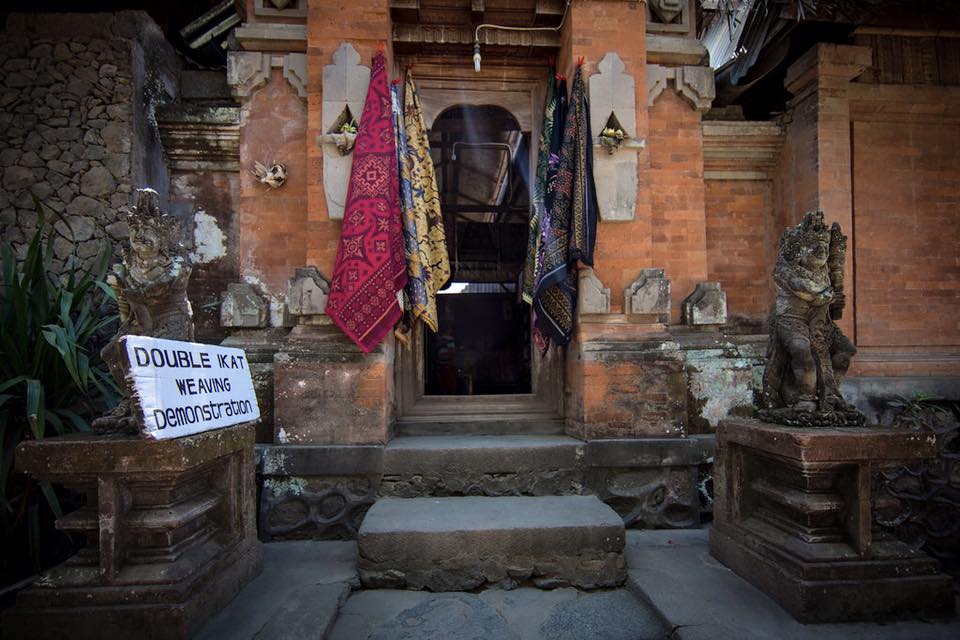 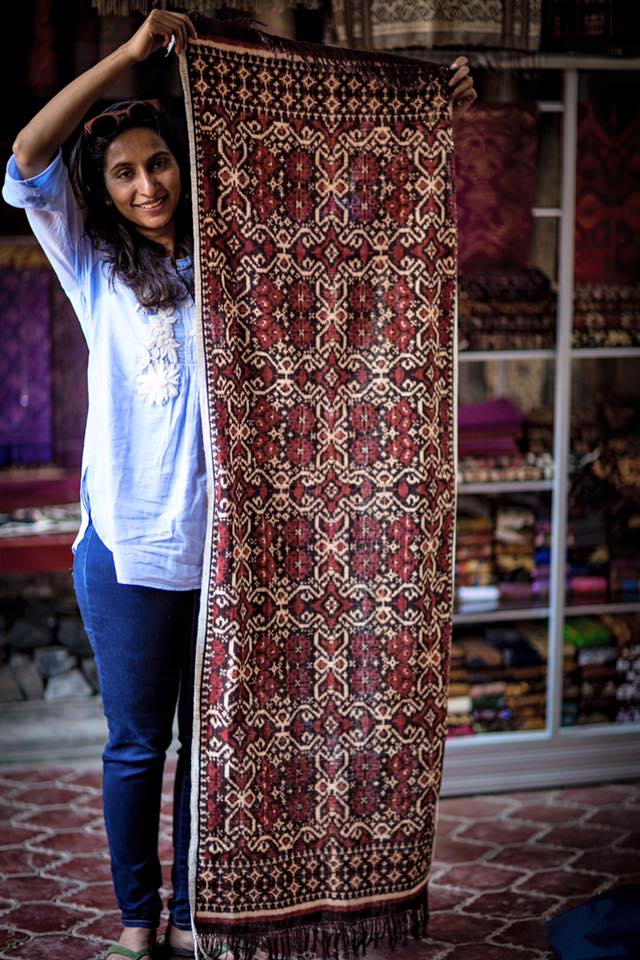